The anti-malware research firm, Kaspersky, recently announced they’ve detected a new spyware infection called Flame. Researchers speculate that Flame, a very sophisticated program, was created as a state-sponsored volley in what seems to be an escalating international cyberwar.

Kaspersky estimates that Flame has infected about 1,000 machines to date, so it is not yet widespread, but it can infect a fully-patched Windows 7 computer. There is also the possibility that this spyware or a similar version of it could infect mobile devices too. This can be very dangerous as spyware can steal valuable data. Anyone who believes that their mobile device may have spyware of any sort on it should contact a professional, perhaps similar to one of these Phone Forensic Experts, to make sure it is removed safely.

According to a Wired article on CNN.com, “All of the infections of Kaspersky customers appear to have been targeted and show no indication that a specific industry, such as the energy industry, or specific systems, such as industrial control systems, were singled out. Instead, the researchers believe Flame was designed to be an all-purpose tool that so far has infected a wide variety of victims. Among those hit have been individuals, private companies, educational institutions and government-run organizations.”

Symantec, a well-known maker of antivirus software, says the majority of its customers who have been hit with Flame reside in the Palestinian West Bank, Hungary, Iran, and Lebanon. There have also been reports from Austria, Russia, Hong Kong, and the United Arab Emirates.

Some rights reserved by University of Maryland Press Releases 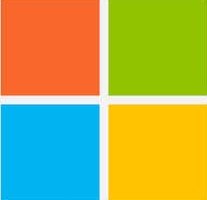 Windows 7 Tips and Tricks: What is a library and why should I care?