Macs Can Be Vulnerable to Malware 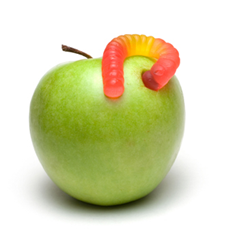 It’s attained the status of legend, wisdom passed down from generation to generation: Macs don’t get malware.

It’s also what you might call an old wive’s tale, or a myth.

While it has been true that Macs have largely been overlooked by malware perpetrators in favor of the much larger number of Windows operating systems in their assorted flavors, which are often un-updated, poorly patched and left unprotected by missing or out-of-date antivirus software, the laissez-faire attitude of Mac users hasn’t gone unnoticed by some shady opportunists.

There are a number of types of malware that affect Macs. There are viruses written just for Macs, and there are also viruses that affect Microsoft Office applications and files, which your Mac isn’t immune to. Another class of malware is a trojan horse. This malicious code rides into your system inside a seemingly innocent file, a prime way that spyware makes its way onto unsuspecting systems-and there are several that affect Macs. Backdoors and exploits use vulnerabilities in software used to get access, even control of the system. Finally, even if your Mac isn’t affected by a virus, it can easily pass infections on to your Windows-using friends and family.

Just in the last month there have been warnings about several security threats to Mac. One called Tibet.C uses a Word document, often sent via email, to install a backdoor on the Mac, allowing full remote control of the system. This vulnerability is easily avoided by those who keep their applications, yes, even Office applications, up-to-date, as it will not work on newer versions of Word.

Other recent threats use Java, Flash and even images to gain control of an unsuspecting Mac user’s system – but only if the Mac user hasn’t kept that system up-to-date.

Many of the malicious threats to Macs rely on users with out-of-date systems and software who visit infected sites, or open tainted mail. The fact that a site or email may be a threat is not easy to discern. These situations can be frustrating, and spending free time troubleshooting and asking others for tech help can definitely take a toll. It is better to get the training from professionals like Royalwise (https://royalwise.com/apple-products-training/) or any online services, as they might be able to impart proper knowledge regarding such issues.

So, the bottom line for Mac users (and everyone else) is: keep your operating system up-to-date, along with all the other legitimate applications on your machine, especially browser plugins such as Java and Flash. Opt in for automatic notifications from vendors and manufacturers so you’ll always know and act upon any critical updates as soon as possible!