Since 2001, Tim Blakley, Chris Brandow and Keith Powell have made integrity and honesty the two most important pillars of Invision. What you will see in their bios is a history of experience and dedication to the craft of computer technology. When you meet them you will see why Invision’s clients appreciate their common sense, attention to detail, and smart business approach. 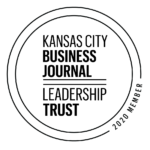 Tim graduated from the University of Kansas with BS degrees in Business Administration and Accounting in 1993 and an MS degree in Accounting and Information Systems in 1994. Tim became a Certified Netware Engineer in 1996. From 1994-2001 he worked as a systems consultant for numerous Kansas City based companies, installing, maintaining and troubleshooting networks. He has consulted for Hoechst Marion Roussell, Allied Signal, and GEHA working on projects ranging from new OS deployments to network relocation.

Chris Brandow has been working with computers since 1987 and as a network administrator since 1993. From December 1993 to December 1996, he was the network administrator for the #1 communications software developer in the world, Datastorm Technologies, Inc. In December 1996, Chris began his consulting career with CIBER and was located at Hoechst Marion Roussell in Kansas City until July of 1998. From July of 1998 to July of 2001, he worked for Netsource, Inc. in and around the metro area serving a diversity of clients. In July of 2001, Chris, along with Tim Blakley and Keith Powell, created Invision.

Keith has 30 years of experience with various computer systems, thanks to his position as network administrator for several area companies, in addition to his work as a consultant and engineer. He has also taught computer classes at Johnson County Community College and served as an expert computer forensics witness for the FBI.

How Can We Help?