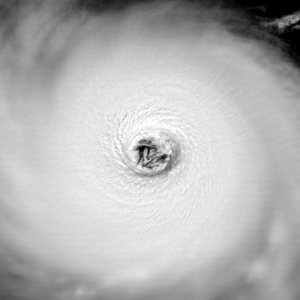 This week’s superstorm directly affected many businesses up and down the continent. But even some businesses located safely out of the storm’s path suffered ill-effects.

That’s because many data centers – the facilities where websites are hosted, cloud data is stored or online applications are run – had been hit by the storm. And those data centers were just vulnerable to the storm as any other business. Some were flooded and others lost power. The staff of some cloud companies based just couldn’t get into the office to provide customer service for a day or so, and in the end, they had to get in touch with services that provided fiber optic cables and cabling solutions to repair any damaged hardware or replace any cables.

Many businesses have felt the squeeze when cloud computing goes wrong. One magazine publisher headquartered in Austin, Texas had no access to their company servers until mid-day Tuesday. Some claimed the storm was so bad that the roof over their servers sustained some serious water damage. They were in the process of contacting one of the top roofing contractors austin, Texas has to offer to take care of the repairs. Constant Contact, the popular email newsletter service used by countless businesses, was without much of its customer service staff on Monday.

Fortunately many data centers across the world that store and transfer our data often invest in backup plans in the event of a power outage or storm. They buy generators, invest in flood defenses, and build their data centers in countries where natural disasters are not so extreme. But even the best-laid plans of mice and men often go awry. According to the following article, one such cloud computing company switched to diesel-generated power when a storm caused a blackout. However flood defenses were not able to cope as their backup plan failed when the basements where the generators were located flooded out.

One better-prepared data center had an emergency generator in the basement, which flooded, but they had installed another backup one on the 19th floor, which stayed safe and dry…

…the only problem was they couldn’t get the fuel supply up to the 19th floor without elevator service.

The take-away for businesses hosting in the cloud or relying on web-based applications? Any and all information technology is subject to the same types of natural disasters and outages, no matter where it is located. Whether your data center is in the US, New Zealand, the UK or a relatively disaster-free country – your cloud center data can be taken down by all the same things that your private network can be taken down by.

If you have business-critical data or applications hosted remotely, check your provider’s backup and co-location policy and plans — before the next earthquake, flood or hurricane hits their part of the country!