The Four Most Common Reasons Behind Slow Computer Performance 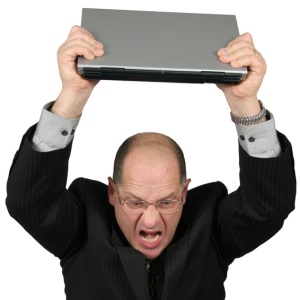 Think back to the day your new computer arrived. Maybe IT support unpacked and set the computer up for you. Maybe you tackled it all by yourself. Either way, remember how fast it seemed to move from screen to screen and application to application? The difference between the old and new computer was remarkable. If you’d like to keep up to date with everything new pertaining to technology, software and hardware alike so you can have a better idea when and what to upgrade to, you could check out sites like Teknik.

When computers start to show their age, it affects productivity. The time it takes for files to load is wasted, idle time. Sometimes computers age slowly and the differences in speed are barely perceptible, especially if you’re not using a newer computer elsewhere to compare it to. Other times, lackluster computer performance hits like a ton of bricks — things work fine one day, at a turtle’s pace the next; performance bottlenecking is common and can be caused by various things.

Whether you use your computer for business purposes, or levelling up your Unranked Smurfs accounts, you want your computer to be punching out the best performance possible. So if you live in the middle of nowhere, in the middle of a muddy field or if you need it for business purposes you have to make sure that you have the right computer system that fits your needs. Why not take a look at something like CKS Holdings to get a better idea of what you should get. If your computer is still really slow though it is likely to be one of the four reasons below. These are:

#1 The computer is over five years old.

Computers get a little slower with age. It’s a natural progression commonly associated with computers over five years old. Computers older than 5 years are considered out of date. Think of it this way. A new car will most likely accelerate faster than an old car. Engines and technology are more advanced today than they were a decade ago. The same applies to computers. Memory and hard drives aren’t made like they used to be. Now they’re much faster. If your computer is over five years old and its lag time is impacting productivity, it’s time to upgrade.

#2 The computer is suffering from a virus or malware.

Computers infected with viruses and/or malware will often slow to a crawl or not boot at all. The first thing on some viruses’ agendas is disabling any anti-virus software, so running it is futile at this point. Your IT support specialist can determine if a virus or malware is the culprit, upgrade the anti-virus software and clean your computer.

#3 The computer is suffering from a “too many free apps” syndrome.

Cool Internet apps and gadgets are handy. But every app downloaded is one more app sucking up the computer’s resources. The number of toolbars you see and app icons in your system tray, every little one of them is running in your memory. Pick and choose applications carefully. Find another app you like better? Uninstall the redundant one. Be sure to uninstall rather than close it or the app will open the next time you restart your computer.

Speaking of computer performance, my friend recently wanted to make sure his highspeed computer had a great broadband connection to complement its high speeds. He got a new quote through Usave. He is so happy with the service and price but I digress.

Computer obsolescence. Viruses and malware. App overload. Computer quality. These are the four most common reasons behind slow computer performance. If you’re experiencing a slow down, contact your IT support team or a specialist in computer support. Kansas City metro is serviced by Invision’s IT experts. We can help diagnose slow computer performance and either restore your computer back to its original speed or help you upgrade if necessary.