Should your business upgrade to Windows 8? 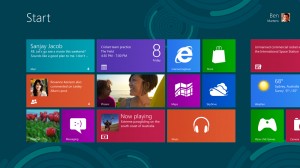 Windows 8, the newest operating (OS) system from Microsoft, is wrapped in a user interface that is a radical departure from the Windows operating systems you’ve known and come to understand.

Already being released to computer manufacturers, Windows 8 is slated to make its public debut on October 26. Should you make the jump to this brand-new operating system for your PC?

Why are we recommending you bide your time and stick with the tried-and-true Windows 7? For several reasons: possible compatibility issues between Windows 8 and your other business applications; the likelihood of a steep learning curve; and the prudence of waiting while the “bugs” are worked out of the new system.

With any new OS, there is always the possibility that one or more of your critical business applications won’t run on it. Compatibility testing for enterprise-wide adoption of a new OS is a necessary part of the process, while the actual transition can be fraught with hiccups. For a company already operating smoothly on Windows 7, there’s not yet a compelling reason to start that process all over again. The developers of your other business applications will eventually release upgrades compatible with Windows 8, but that will take time. As one business blogger put it, “It’s the most disruptive OS upgrade in years.”

Windows 8 looks completely different from any former Windows operating system. Remember when you made the move from Windows XP and Office 2003 to Windows 7 and Office 2010? The new interface threw many people for a loop and required some time to get up to speed in finding familiar tools in unfamiliar places. The transition to Windows 8 will be an even bigger change than that.

With the ubiquity of smart phones and tablets, Windows 8 was designed to offer a consistent interface across all devices, including the desktop computer. Users will be confronted with a start screen that maybe well adapted for mobile devices, but that merely presents a roadblock to productivity for desktop users. It looks much like the interface of the Windows phone, with tiles representing apps. You’ll likely hear this new interface style referred to as the “Metro” design language.

Windows 8 may be touch screen ready, but most desktop and laptop users (the majority of us in the business world) are going to stick with the keyboard and mouse. And once users get past the start screen to the more familiar desktop and windows interface, the familiar controls, including the start button, are nowhere to be found. Apps designed for Windows 8 have hidden menus and the user must roll the cursor over one edge of the screen to find menu options.

If you want to use your computers for business productivity, Windows 8 will slow down you and your employees for some time while you negotiate the learning curve.

Finally, we never recommend you adopt a brand new OS on its first release. Remember Windows Vista? Despite a lot of hype at the time, and some positive reviews for consumer use cases, wide adoption by businesses never caught on, and business reviewers consistently panned the operating system. Another issues is that there are bound to be bugs and security holes that aren’t found until the OS is in wide public release. Give Microsoft developers time to discover these holes, then issue service packs to fix bugs and add features.