Is Windows 8.1 Bringing Back Common Sense? 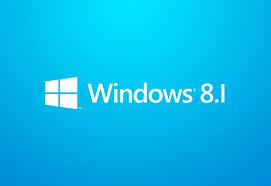 One year ago, Microsoft released Windows 8, which was the most dramatic departure yet from previous versions. Not only did 8 put a nail in the coffin of the iconic START button, but also it was clearly geared toward mobile users navigating the operating system with a touchscreen. We were hoping that Windows 8.1 was a return to the good old days – and to common sense.

Unless your workforce is primarily using tablets and smartphones, and you were willing to justify the learning curve involved while employees muddled around it, businesses skipped Windows 8 for the most part. And Microsoft understood, if not expected, business’ unwelcoming arms. Though Windows 7 was no longer for sale in big box stores, it remained available on commercial workstations purchased through commercial retailers.

Windows 8.1 slightly lowers the opportunity cost associated with upgrading for business owners, which is what everyone was looking for (and expecting). The latest version doesn’t eliminate mobile vs. desktop and learning curve issues altogether, but 8.1’s functionality and features make it more like 7 than its predecessor. For business owners who were waiting to see what 8.1 brings, it’s a step in the right direction but it’s still only halfway there.

Windows 8.1 does not resurrect the beloved START button. The REAL START button. Not the fake one rumored to take the user back to the metro interface. The START button’s functionality needs to be restored. After all, Microsoft has spent nearly two decades building the start button’s menus and users are highly familiar with them. The original START button works and shouldn’t be taken away over a little mobile and tablet competition.

The 8.1 version does not give back 32-bit compatibility mode in Internet Explorer either. IE10 is the first 64-bit only browser in the IE family. As such, it is not compatible with older 32-bit add-ons. 64-bit does not work in reverse and it cannot revert to 32-bit add-ons, which are still prevalent website functions and will be for some time if history indicates the future, especially when it comes to Web app development and other sectors.

It would have been nice had Windows 8.1 given users the option to use the metro or the traditional desktop interface. Both interfaces are there so it should not be difficult to offer. Users like options, especially the option they are most familiar with instead of being forced into using the metro interface.

Hyper-V is one of the most attractive features of 8.1. It is a huge improvement over the virtual PC implementation from Windows 7. Hyper-V creates a virtual desktop. It allows users to run Windows 8, yet a virtual 7 desktop appears when Hyper-V is opened.

A year after its release, Windows 8 adoption has been slower than every version of windows except Vista, even though Vista was a lackluster product riddled with serious performance problems right out of the box. Windows 8 is a mature and stable product that performs well, but 8.1 still suffers serious user interface problems. One cannot help but come to the conclusion that the business world just isn’t quite ready to adapt to a system built for touchscreens in a largely predominant desktop environment.

While Windows 8.1 is closer to 7 than 8 was, business owners may consider skipping it until Microsoft acknowledges that what works for touchscreens does not translate well, if at all, to a mouse and keyboard. Of course, some features and functionalities we see in 8.1’s pre-release may not be included in the final market version. But if the developer version is anything close to the final system, 8.1 still does not mesh well with the way we work-yet.

Clients rely on us to maintain the health of their computers and their business. Our tech support experts are diagnosticians of computer problems. And, like good physicians, we believe in preventative care. That’s why Invision carefully assesses a business and its technology needs for better resource management and less down time for our clients.

We offer a broad range of networking, security, programming and web development services with an approach that emphasizes communication between our technical experts and our client companies’ staff. Invision experts are senior level engineers who have experience in all aspects of network engineering and PC support. Whether it’s technology strategy, management of a network or simply supporting the desktop, we have the experience to take on any project. Please contact us for more information about Invision or the services we offer.